National Salvation Army Week Has Been Recognized Since 1954

As we celebrate over 156 years of charitable service, we say thank you, because without your support we couldn’t fulfill our mission
to meet human need wherever it exists…yesterday, today, and for many tomorrows to come. 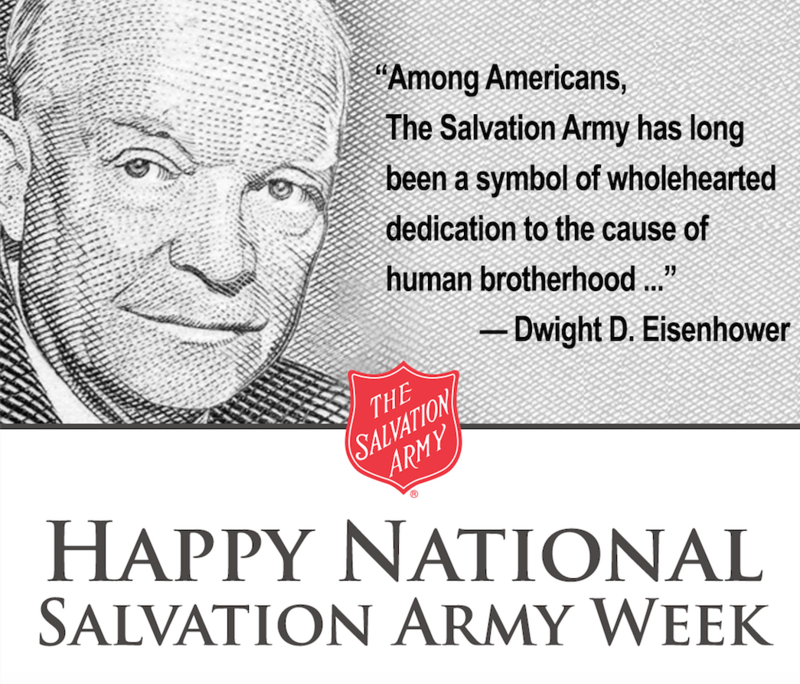 President Dwight D.  Eisenhower proclaimed the week of November 28-December 4 (now recognized in May) to be the first National Salvation Army Week as a reminder to Americans to give freely of themselves. In his speech, President Eisenhower said:

“Among Americans, The Salvation Army has long been a symbol of wholehearted dedication to the cause of human brotherhood. In time of war, the men and women of this organization have brought to those serving their country far from home, friendliness and warm concern. In the quieter days of peace, their work has been a constant reminder to us all that each of us is neighbor and kin to all Americans. Giving freely of themselves, the men and women of The Salvation Army have won the respect of us all.”

In the nearly 70 years since that time, The Salvation Army has continued to do the most good for local communities. In times of war, the men and women of this organization brought comfort and hope to those serving their country far from home. In the quieter days of peace, the selfless service of the men and men of The Salvation Army reminded us to give freely of ourselves to our neighbors in need.  Today, The Salvation Army is at work in 132 countries worldwide and operates more than 7,500 centers in communities like ours across the United States.

Through your gifts of time, energy, and resources to your local Salvation Army, you are serving and spreading hope to the least, the lost and the left-behind.

The Need in America

According to the U.S. Census Bureau, more than 40 million Americans live in poverty, and millions more live near the poverty line. Approximately half of Americans live paycheck to paycheck, and one-third of adults between 18 and 64 live in low-income households. Due to the devastation of the COVID pandemic, the need is greater than ever.

For National Salvation Army Week, we will highlight one of our programs and services each day. Please join us in our mission to serve others first in Doing The Most Good by contacting your local Salvation Army here. 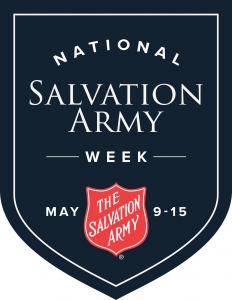 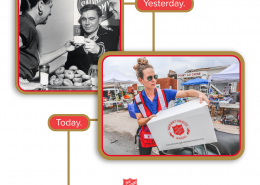 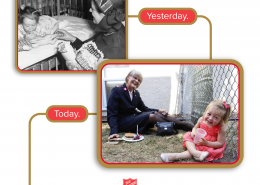 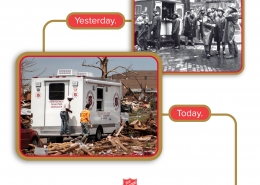 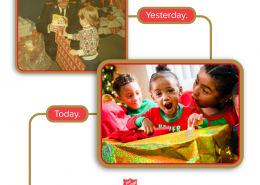