David began using prescription drugs in 2009 after knee surgery and soon became addicted to his medication. Realizing his addiction was spiraling out of control, David sought help at a drug rehabilitation center in Madison, Alabama. He did well after leaving rehab but relapsed six months later when he lost his job. His wife became pregnant around the same time, causing added financial stress.

David kept his relapse under control as much as he could until it finally overpowered him in 2014. He was unstable, frequently changing jobs and living out of a motel. He became fed up with his situation and attempted to overcome his addiction on his own. After three months of sobriety, David checked into the Salvation Army Center of Hope Homeless Shelter in Florence, Alabama.

He also joined the City of Florence recycling program to pay off prior warrants but wanted a way of earning money to begin saving for his new life journey.

“I wanted to begin working so that I could start saving for a place of my own. I went to a temp service and got a job that same day. My judge saw that I was trying to better myself, so he cut the fines on my warrants so that I could reduce my time recycling and spend more time working to save money,” David shared.

Although David was now working full-time to create a better life for himself and his kids, old financial habits stuck. He often spent his paychecks irresponsibly, but his caseworker offered advice and helped David become more financially responsible. The Coronavirus pandemic began, and self-isolation was mandatory. Limited access to the outside world also helped David stay focused on his goals if overcoming drug addiction and saving money to become financially independent.

“My social worker has helped me to get my first apartment. The Salvation Army has allowed me to reconnect with my boys and has given me the patience to wait and find the right things instead of jumping first,” David shared.

“Everyday someone was encouraging me. I’ve been to other rehab facilities and felt like I was just a number, but here someone asks how I’m doing every day,” David added.

“You could tell that there was something different about David. He was ready for someone to help him.”

David is currently in transitional housing and is saving to find a home. He’s now able to visit his sons every weekend, and his eldest son has moved in with him. Having this opportunity has helped with reunifying his relationship with all three sons.

“Since David has come, he has been such a big help. Everyone has chores to do. He takes the initiative to help around the Corps and is a great leader. He’s even helped other residents with their chores. David may feel that we have been a blessing to him, but he has been a blessing to us. He’s a really good guy and a go-getter. I saw it from the beginning. You could tell that there was something different about David. He was ready for someone to help him. He just needed some guidance,” shared Captain Wendy Deuel, The Salvation Army of Florence Corps Officer.

“He came at the right time. We may think of COVID-19 as something horrible, but God made this an opportunity for David to get on the right track. It gave him the time he needed to better himself and focus on himself. We have to learn to look at things the way God may look at them. COVID-19 may not be a good thing, but it was a good thing for David. I praise God for the storm. Through COVID-19, David was able to get his kids back. I can’t wait to see what else God has planned for him,” Captain Wendy Deuel added.

David is sober for the first time in five years. This October marks a year of him being drug-free. 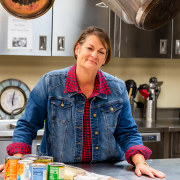 Doing The Most Good With Melanie Cook 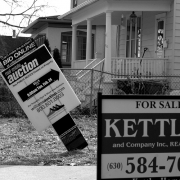