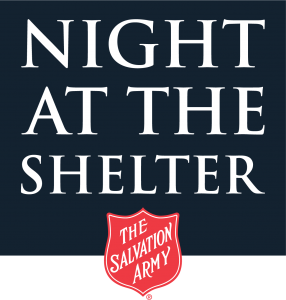 On May 7, 2019 The Alabama, Louisiana, Mississippi division of The Salvation Army embarked on an inaugural event. For one day, special guests were invited to come and spend time in Salvation Army facilities in their community. Local media was there as well, to share the story of local celebrities, public servants, and media figures coming together with The Salvation Army to help bring hope to those in need and to make a positive change in their lives.

The Salvation Army is an organization devoted to doing the most good in the communities they serve. Many locations provide a shelter to those who have no other place to go; a bed, a meal, a hot shower, or a change of clothes can help those in need find comfort and safety. But the shelter they offer is more than just a place to stay. Sometimes it is a shelter from the fear of losing a home. Sometimes it is shelter from the oppression of addiction. Sometimes it is the shelter provided in place of worship for those seeking a new direction in life.

Night at the Shelter was a time to showcase the work The Salvation Army can accomplish, through faith, with the support of the community. In Dothan, AL Mayor Mark Saliba was joined by County Commission Chairman Mark Culver to pack boxes of food to give out to those in need. This event, which aired on local TV was an opportunity to showcase the work The Salvation Army does in the community, and the support they enjoy from community leaders.

On that same day in Jackson, MS the shelter there hosted a lunch that was cooked in their facility and served to the residents of their Center of Hope. Afterwards they were given the opportunity to meet with representatives from local staffing agencies to learn interview skills, job preparation, and to have the chance to interview for jobs. A local organization, Dress for Success Metro Jackson, came by as well to help train in proper dress and appearance for job interviews. This event also included local community members and business owners who had once been homeless themselves, to share their testimony with those looking to change their path in life.

In Shreveport, LA KTAL NBC 6 Evening News Anchors Dan and Jacque Jovic along with Lynn Vance of The Lynn Vance Show came out to help serve food to those in need. They were joined by representatives of the local power company, SWEPCO, to help highlight the work that The Salvation Army does in the community. In the midst of their work the two anchors found time to make a live broadcast for their evening show.

And they were not the only TV personalities that showed up. At The Salvation Army in Monroe, LA there was a surprise appearance by Silas “Uncle Si” Robertson of the A&E series “Duck Dynasty”. Along with representative from the local sheriff’s department, they helped serve food to those in need.

Night at the Shelter was a one-day event meant to demonstrate that The Salvation Army is there all year, bringing shelter in all its forms to those who need it. It’s another way the Army is doing the most good in their community.