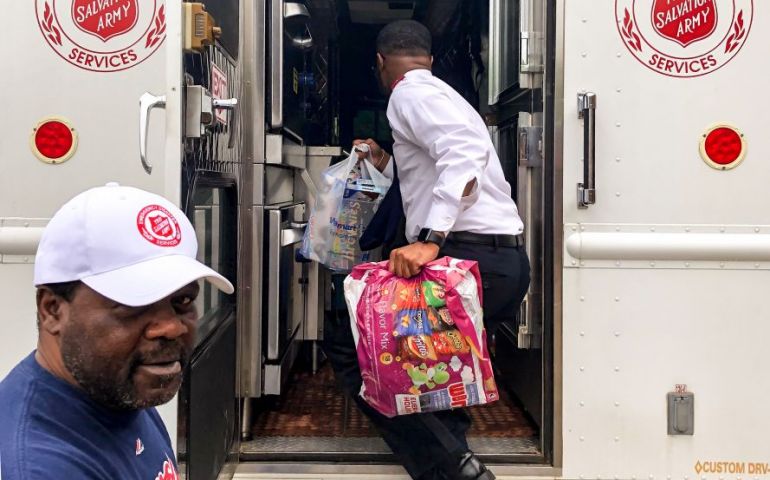 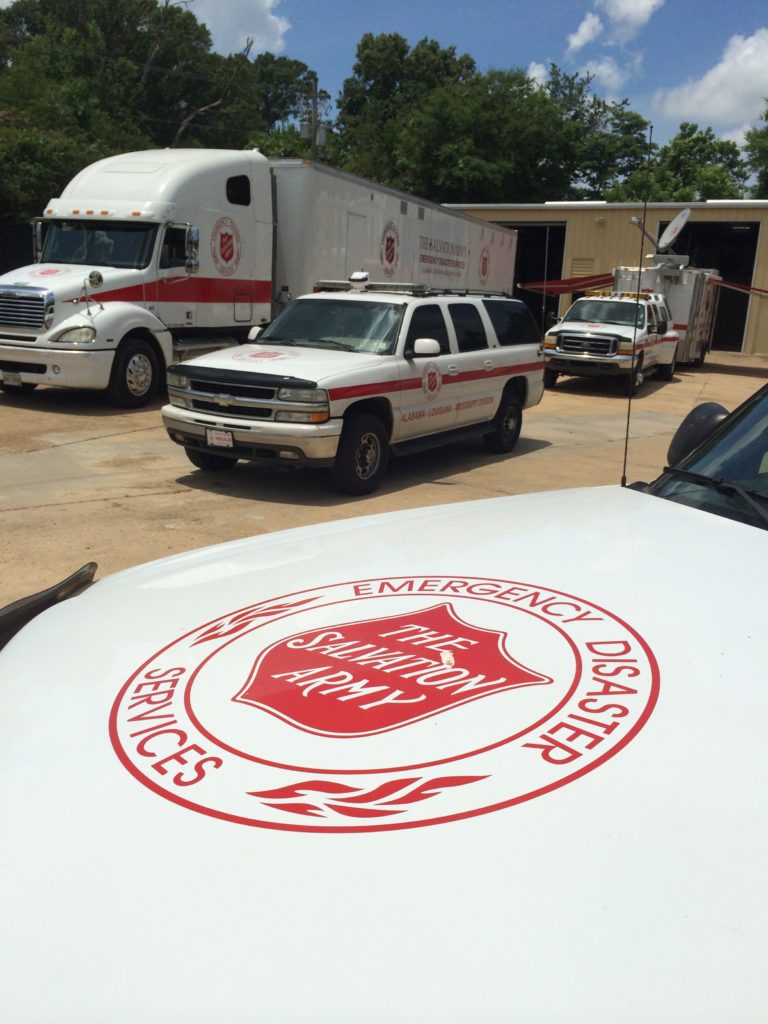 JACKSON, MS (June 20, 2017) – The Salvation Army of Alabama, Louisiana, and Mississippi is preparing for the potential impact of Invest 93L along the Louisiana and Mississippi Gulf Coast. The Emergency Disaster Services (EDS) of The Salvation Army has asked all 31 Corps and sixteen service centers across the three-state area to ready equipment and disaster personnel for deployment should the need arise.
“The first priority for The Salvation Army is to ensure its Officers, staff and volunteers are safe and that the facilities and equipment are secure,” said Terry Lightheart, EDS Director, The Salvation Army of Alabama, Louisiana, and Mississippi. “However, we are also ready to respond and provide support to those who will potentially be impacted from this storm.
The Salvation Army is working closely with state and local emergency management to monitor where the storm could possibly have the greatest impact. This also helps coordinate where to send out personnel and equipment, such mobile feeding units which provide hot meals, hydration and snacks.
Lightheart continued, “Regardless of where the impact my be, we will be ready to serve with helping hands and a willing heart.”

To keep up to date on all The Salvation Army is doing to help those in need and to donate to help us serve those in need, you can log onto our website at salvationarmyalm.org or on social media at facebook.com/ALMdivision and twitter.com/salarmyalm

The Salvation Army is already providing aid to residents affected by a round of severe storms moving across the southern part of our Division and first responders on the scene helping those in need. Salvation Army Officers, Majors Bert and Cristy Lind, with the Laurel, Mississippi Corps have deployed a mobile feeding unit to serve drinks and snacks in Mize, Mississippi.

Thursday afternoon the National Weather Service says an EF-2 tornado touched down near Magee in Simpson County and Mize in Smith County, both Southeast of Jackson, Mississippi. The storm toppled trees and power lines, plus damaged several homes and causing flash flooding.

Other Salvation Army Corps are on standby from Jackson to New Orleans to Mobile with more storms being forecast for this weekend. Currently, the National Weather Service is predicting severe weather throughout the weekend with the potential for more high wind and tornadic activity.

The Salvation Army will coordinate its response with state and local emergency management officials in order to provide for areas with the most need.

On Dec. 15, 2015, The Salvation Army of Jackson, MS, participated in the 10th Annual Flight to the North Pole event. More than 60 children were treated to the event, where they were “flown” to the North Pole by the MS Air National Guard, met Santa & Mrs. Claus, played with elves, and each received their very own bike and sack of toys and goodies! The event was sponsored by Y101, the Mississippi Air National Guard, the Brain Injury Association, and The Salvation Army Jackson Metro Area.