For most folks, summer ushers in a time of time away from work and school. Many find themselves enjoying time in the mountains or on a sandy beach somewhere. While that is the case too for Salvation Army officers, for some, the summer is about new assignments and tearful good byes.

The ALM Division is no different. Divisional Commanders, Majors Steve and Wendy Morris and the DHQ family say good bye to five officers in June. These officers were given a proper farewell or should I say, “happy trails” with a western hoedown at the Divisional Headquarters.

Financial Secretaries, Majors Ray and Elizabeth Grider will enter a new phase of their lives. While Major Elizabeth will still be seen at DHQ, Major Ray is retiring to oversee the building of their new home in the Central Mississippi area.

Majors Henry and Benita Morris will shift gears from our Divisional Youth Secretary and Divisional Corps Cadet Counselor to Corps officers themselves in Columbia, South Carolina.

Major Lisa Davis is also on the move from Divisional Community Care Ministries Secretary to the Evangline Booth College in Atlanta.

Within Divisional Headquarters, several officers will be taking on new duties, plus the Division will be gaining several new officers who’ve never served here before, and that doesn’t even mention the new lieutenants who were just commissioned on June 4. We are definitely sad to see the Griders, Morris’, and Major Davis go, but make sure you welcome our newest family members with open arms!

Moves and new additions to the ALM family are as follows: 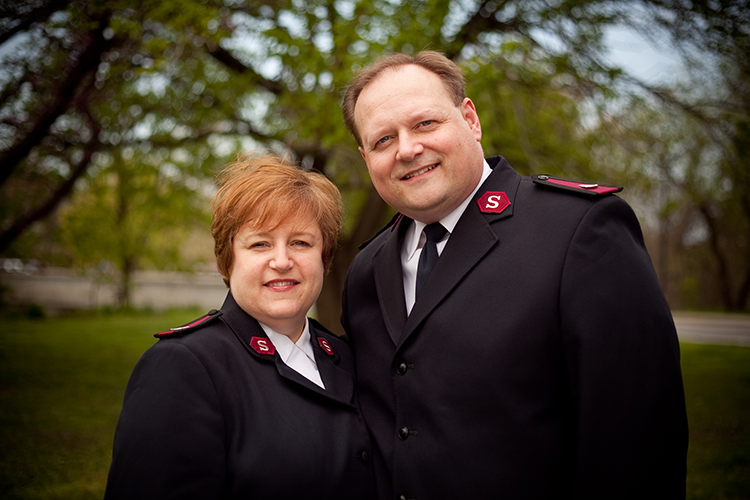 The Morris family’s move from the Oklahoma–Arkansas Division to the Alabama–Louisiana–Mississippi Division has been such a hectic here to there, there to here, even Doctor Seuss wouldn’t be able to keep track of it in his library of books. To say Majors Steve and Wendy Morris hit the ground running in ALM is an understatement, just ask their children Angela (22) and Andrew(14).

The Morrises, within their first few weeks of taking over as Divisional Commanders, have visited all but five sets of officers and their families in this Division. Now, add to that schedule a massive flood in southern Louisiana, and you understand there has been no chance to slow down. “This is very intentional on our part,” said Major Steve Morris. “To go out and see our people, it is intentional to meet and encourage our people first, the most valuable asset of any Army.”

But, Major Morris says these visits aren’t about directing, more about supporting than anything else.

“We meet them at their homes, read a scripture, and pray a blessing. Asking God to make their home a place of rest and rectifying.”

It’s interesting to find out that the Majors Morris never worked in a divisional headquarters until they were appointed Divisional Commanders over AOK four years ago. Major Steve Morris says he was given some great advice before accepting that appointment.

While Majors Morris were serving as National Capital Area Commanders in Washington, DC, The Territorial Commander, Commissioner David Jeffery “assigned us as Divisional Leaders in AOK and instructed us to serve as the ‘corps officer to the corps officers’ and that continues to be my marching orders to this day.”

Major Morris says he is more comfortable at the corps level because that’s the “heart of the army” still, he wants the success of this Division to be a democracy rather than a monarchy.  The Headquarter’s sole purpose is to resource the field units in order for each to be prepared and equipped to serve their respective communities with the best programs possible.

“I have no interest in being a boss. I am passionate about leading an effective team.” The members of that team include Divisional Officers, Corps Officers serving in the field appointments all across the three state region and all employees and volunteers in each community.  An Army tends to accomplish its mission when all are moving toward the same goal.

He also looks to lead this Division more like a business, citing his favorite tv show, The Profit.  The main character focuses on three main areas to grow businesses…products, the process and people. Our advantage is that our product is helping people improve their process to productive living.

“By looking at the communities we serve and helping our officers get better in these three areas, I think that’s our priority, put an emphasis on our people. Our greatest asset is our people.”

Major Morris adds he is very impressed with ALM so far, but still needs a little more time to set goals for himself and the Division.  “My mission is to train, equip and resource every officer, soldier and employee to reach their God-Given potential to continue to Do the Most Good across the three state region.”

“More time” being the key, but with five more sets of officers yet to visit, school underway and Christmas rapidly approaching, don’t look for the Morrises to slow down anytime soon.