You never know where disaster will strike next. Over the last several months, the southern United States has seen more than its fair share of disaster. In August, historic rainfall in south Louisiana caused flooding like no one had ever seen. Two months later, Hurricane Matthew bared down on Florida, Georgia and the Carolinas with heavy rain and winds flooding homes and knocking down power lines.

In the aftermath of each storm, it was The Salvation Army and its officers, employees and volunteers who brought hope to those in need in the weeks following.

The Army’s response and ability to help would be drastically reduced without the men and women who spend countless hours serving meals, drinks and snacks from our canteens In the Alabama, Louisiana, Mississippi Division, we are blessed to have hundreds who give of their time and energy to go above the call of duty as canteen workers.

Gary Williams grew up in Levittown, PA. He retired from U.S. Steel and is now a driver for The Salvation Army in Birmingham and is responsible for transporting clients, picking up donations and food, and manages the fleet of vehicles in Birmingham, including the canteen.

Gary completed two deployments this year, one in Baton Rouge and the other for Hurricane Matthew. He was initially deployed to Jacksonville, Florida and was relocated to Wilmington, North Carolina after the storm hit.

“I enjoy being a canteen worker because I enjoy helping people out when they really need it,” said Williams. “

Gary says we was glad to have his son, Keith along as a volunteer during the Hurricane Matthew response, but their trip to Florida and then North Carolina was anything but easy.

Mississippi Gulf Coast’s dream team of canteen workers, Jerry Casey and Leo Saurez say their willingness to work on a canteen comes from just loving to serve others.

Jerry, a Long Island native, laughs at the thought of another disaster so close to these two.

“We are young, healthy and have a desire to help people so it wasn’t a problem. We hope there isn’t another disaster in the next week,” said Casey. “If there is, we will certainly be willing to help!”

Born in the Phillipines, Leo counts among his favorite memories of both the Louisiana flood and Hurricane Matthew being able to help the children they encountered.
“When kids come to the food trucks and I see their smiles,” said Saurez.

And, it’s reactions like that that make these canteen workers feel blessed to work for The Salvation Army.

“They say, ‘GOD bless you, we can’t believe you came to serve us.’ As if they felt they weren’t deserving to be served,” said Casey.

“When we see people after a disaster they are so grateful that we are there to help. While serving in Baton Rouge, I met a woman that broke down and started crying and said she wouldn’t know what to do without The Salvation Army. I was able to be there at that moment, give her hug and let her know that there is help out there,” said Williams.

Thank You Gary, Jerry, Leo and Joe for all you do for those in need during times of disaster. 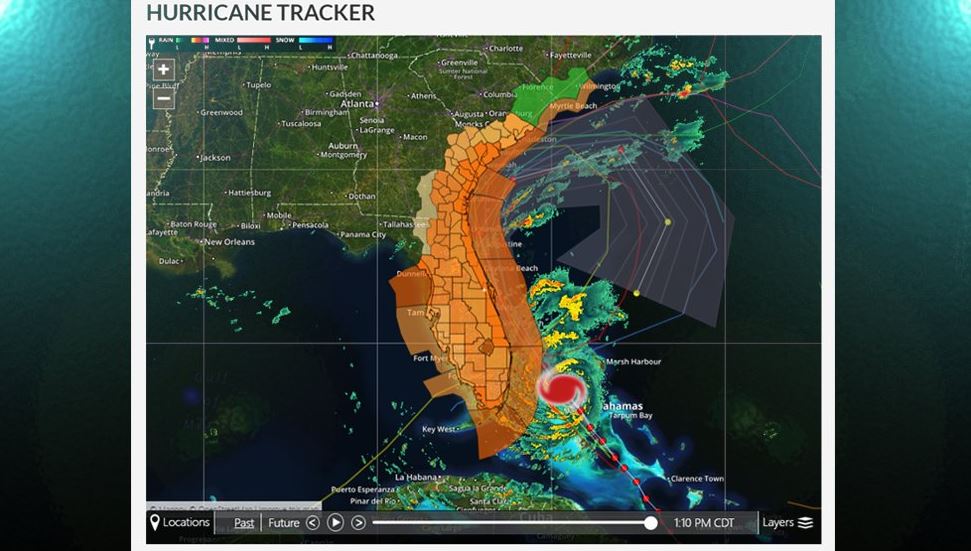 Salvation Army locations across the Southern United States are preparing for a major relief effort as Hurricane Matthew continues its path towards the Florida coastline. The Salvation Army of Alabama, Louisiana, and Mississippi (ALM Division) is no different. Thursday the ALM Division is sending six mobile feeding units or canteens and a communications truck to Florida to be in place to support disaster relief operations following the expected landfall of Matthew.

“We have learned from past disasters that communication systems are vital for effective and timely disaster relief efforts,” said Terry Lightheart, Emergency, Disaster Services Director. “The mobile  communications unit will provide The Salvation Army with the ability to communicate not only with Salvation Army personnel, but with our partners, externally to ensure we identify the areas most in need.”

The Salvation Army Southern Territory has placed equipment and personnel on standby in fifteen states to support the affected areas. Along with the equipment, the ALM Division is deploying fifteen disaster service personnel and volunteers. More resources are expected to be requested in the coming days.

“This storm has the potential to do major damage.  If that’s the case, The Salvation Army will be there to provide meals, drinks, and emotional and spiritual care for those in need,” said Lightheart.

The best way to help after a disaster is to make a financial donation to The Salvation Army. Cash is flexible, can be used immediately in response to a crisis, and allows disaster relief organizations to purchase exactly what is needed, when it’s needed.

To make a financial gift to The Salvation Army, give: