The Greenwood Corps Thrift Store has reopened for the first time since April when the Mississippi Shelter in Place order went into effect. All customers are limited to 20-minute shopping sessions and children are not allowed in the store at this time. Though the thrift store was closed due to state orders, the corps continued all social services, including financial assistance with utilities, rent, hotel rooms for homeless clients, and groceries. All social service appointments are conducted via phone Monday-Friday between 10 AM-3 PM.

“Our customers are more like family. They will mingle and talk, so we had to limit the shopping time so that everyone had a chance to shop,” laughed Captain Keisha McMullin, Greenwood Corps Officer. 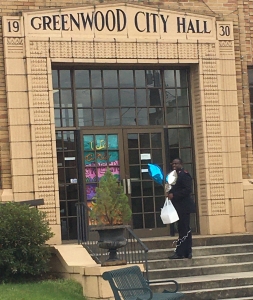 “Because of all the stipulations with COVID-19, I felt like we weren’t able to do everything we wanted to do. I wanted to thank all our first responders and frontline workers personally, but we couldn’t do that. Even as we went to the hospital, a representative met us outside. She felt the same way we were feeling. We’ve missed human interaction,” Captain McMullin explained.
The corps recently celebrated National Salvation Army Week by delivering cakes, balloons, and a card to the Greenwood Leflore Hospital, Greenwood Police Department, and Greenwood Fire Department. Disinfectant kits were distributed to families, community youth received snack bags, and balloons and donuts were delivered to Mayor Carolyn McAdams. The corps also gave War Cry magazine’s, cards, coloring sheets, and word puzzles to one of the local nursing homes.

Captain McMullin says not being able to shake hands and hug the people who support The Salvation Army and the Greenwood community has been difficult. Still, she took this opportunity to become more creative and do everything she could to show the Army’s appreciation.

“This is the way ministry was meant to be.”

The Greenwood Corps makes deliveries to families throughout the area every week. Captains McMullin recently met a new family while out making their routine dropoffs. They gave them “happy bags” (bags filled with snacks, puzzles, and cleaning supplies) and the family was so touched that they agreed to visit the thrift store once reopened to say hello to the McMullins.

“I thanked God for that moment and let the family know that we will be back to visit once the pandemic is under control. This is the same neighborhood where a lot of our youth live. We already have plans to take our ministry into that community. We’ve planned to host block parties and gatherings on Fridays to keep the kids interested and to feed the community. That moment was a great introduction to what we are trying to do once the pandemic is over. It’s often hard to successfully reach out to all of the kids in that community, so we’ve decided to take our ministry to them so that they are more aware of the Army. We also have a group where all of the kids in our youth ministry can stay in touch with each other via text messaging,” Captain McMullin shared. 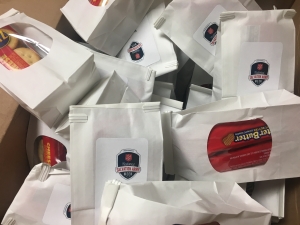 something that Captain McMullin has truly enjoyed during the pandemic. It has challenged her to be more inventive and resourceful and has helped her to not focus on the negative aspects of these times.

“To be able to find a way to spread the gospel and spread God’s love amid such a dark time has been a blessing for me. Sometimes I can be a sponge and absorb the emotions and anxieties of others, so I deal with the worries and stresses of their situations. I had to get myself to a place where I’m like, ‘Ok now Lord, I know you told me that I’m not supposed to be anxious for anything,’ so I’ve been pressing in like never before. As a pastor, I know that you are going to carry the weight of your people, but it’s been like never before,” Captain McMullin shared.

“One client has a master’s degree and has never had to ask for help. She is struggling to take care of her family, and can’t get unemployment. I let her know that it was alright to receive help and that we’re all going to need somebody at some point in our lives. To hear her on the other end, rejoicing and thanking Jesus for providing for her family brought me so much joy. It’s those moments that remind me that I’m at the right place at the right time. All of the anxieties that I’m feeling from hearing clients’ stories are well worth it, and God is using me to help someone else. That’s what keeps me going,” Captain McMullin added.

A New Kind of Ministry

Since the start of the pandemic, the Greenwood Corps drops off ministry packets every Sunday and holds church service via a phone conference call. The corps delivers “church in a bag” on Sundays when a live service will not be held. Church in a bag includes a devotion, a list of songs that church members can search on YouTube for worship, games, prizes for the games, activities, and crafts.

“We’re being as creative as we can to keep this going. Everything has shut down, but we have to keep on serving. The enemy did not win with this one,” Captain McMullin shared.

The Greenwood Corps also delivers groceries to families in need and always includes a game for the children. Before the pandemic, the officers had plans to take members of the youth program to the Biloxi Kroc Center. That field trip has been postponed until a safer time to travel, so weekly activity packets for youth members include different ways for them to earn points for treats during that trip. 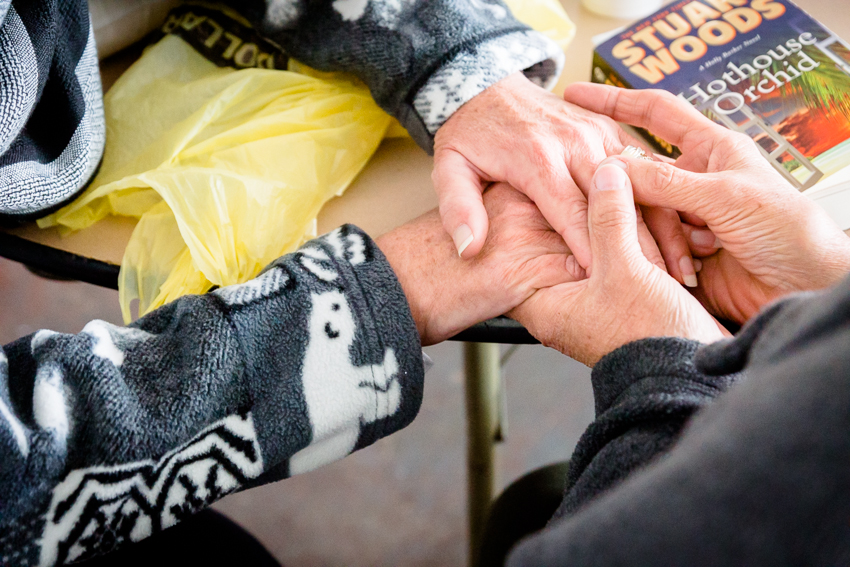 The Salvation Army of Alabama, Louisiana, and Mississippi is caring for those in need during the severe weather that brought dangerously low temperatures, plus snow and sleet in some areas. Many of our local corps will open emergency shelters and warming stations while temperatures continue to drop. They are also extending hours for several of our shelters.

Snow and sleet in north Mississippi prompted Greenville and Greenwood Corps to open an overnight shelter and warming stations for local residents to escape the conditions.

In Greenville, the overnight shelter opens at 7pm. The warming station is open from 8:30am until 2:30pm.

“We know this is dangerous weather for anyone to be out in overnight,” said Lieutenant Damon Graham, Greenville Corps Officer. “We want folks to know they have a place to stay or simply a place to go get warm.”

Coffee snacks, and meals in some cases are available in the warming station.

In Greenwood, the overnight shelter is open from 6pm till 9am and the warming station opens at 10am and closes at 6pm.

“The Salvation Army will keep these places open as long as there are people who need them. We won’t turn anyone away,” said Captain Ben Deuel, Greenwood Corps Officer.

Both shelters and warming stations are open to the general public.

In Hunstville, Alabama, Corps Officer, Major Donald Wilson says they are maintaining a warming station, but they are also helping the homeless who may not want to come to The Salvation Army’s facilities.

“We currently have supplies such as coats, gloves, blankets and toboggans for the homeless who plan to stay outside. Plus, our canteen is ready to serve if needed,” said Wilson.

In Baton Rouge, Louisiana, Mobile, Alabama, Hattiesburg, Mississippi, and on the Mississippi Gulf Coast emergency cold weather shelters will be open as long as there is a need.

The Corps will continue to monitor the conditions about whether to open up on future days or nights as conditions and circumstances warrant.

To contact The Salvation Army in your area, please go to the locations page on our website at www.salvationarmyalm.org/locations 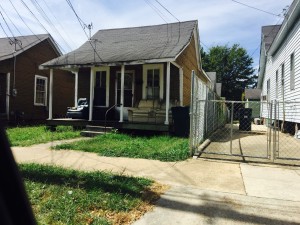 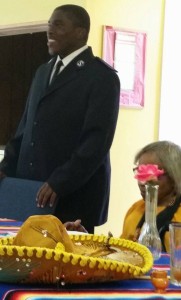 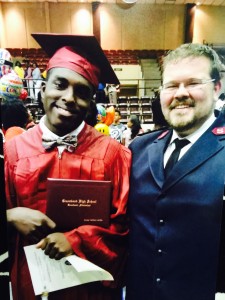