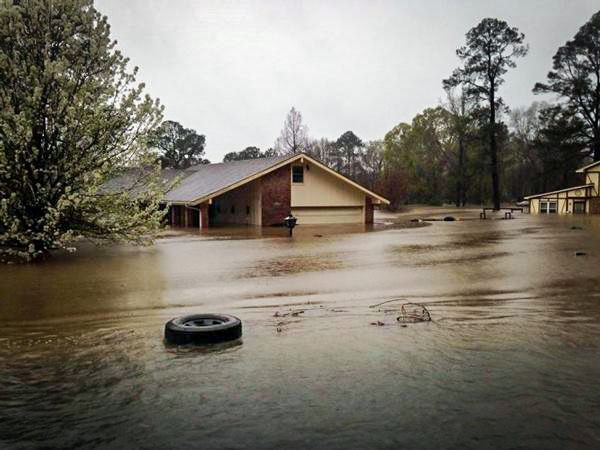 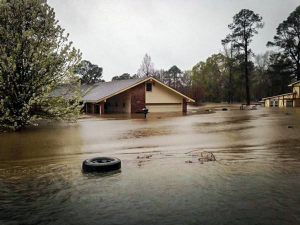 JACKSON, MS (March 10, 2016) – With continued flooding across North Louisiana, The Alabama, Mississippi, Louisiana Emergency Disaster Services Division of The Salvation Army is coordinating disaster relief efforts with local Army representatives in Mississippi and Louisiana.  Staff and supplies from The Jackson, Mississippi Corps is being deployed to Monroe, Louisiana, Friday morning to assist with shelter and mobile feeding operations. Support includes six staff and volunteers, one mobile canteen and one supply truck loaded with water, clean-up kits, food and other essential supplies.

According to Monroe Corps officer, Captain August Pillsbury there are six shelters currently open with approximately 550 occupants, as of Thursday afternoon.

“We will support feeding at the shelters as requested. There are also residents out in the community as well as first responders who are helping those in need, and we want to be there for them as well,” said Captain Pillsbury.

In Shreveport, flooding, has warranted evacuation of as many as 3,500 families resulting in shelters opening in both Shreveport and Bossier City.   The Shreveport Corps of the Salvation Army is tasked with feeding the flood evacuees in the shelters. The Corps is also roaming through affected communities with a mobile canteen providing snacks and hydration to residents and emergency responders.

“We are responding to needs as they arise, while preparing to assist with cleanup and recovery efforts in the weeks ahead,” says Major Ed Binnix, commander of the Salvation Army of Northwest Louisiana.  “Our canteen will be out in the neighborhoods during recovery with assistance which will include food, hydration and Salvation Army cleanup kits.”

As rain moves east, local Salvation Army Corps in the Mississippi Delta are also preparing to respond to residents who may need to leave their homes before the flood waters rise.  The Greenville, Mississippi Corps is providing food and snacks to shelter occupants located at the Washington County Convention Center in Greenville until further notice. “We are available to assist wherever we are needed to bring some comfort to the citizens of Greenville,” said Lieutenant Damon Graham, Greenville, MS Corps Officer.

The Salvation Army asks people who want to help those affected by these storms to please give monetarily through http://give.salvationarmyusa.org/march2016floods

DONATE BY MAIL
For Disaster Relief in LOUISIANA

For Disaster Relief in MISSISSIPPI

Salvation Army disaster services are free. All people are served equally, without discrimination.

About The Salvation Army
The Salvation Army, an evangelical part of the universal Christian church established in London in 1865, has been supporting those in need in His name without discrimination for more than 130 years in the United States. Nearly 30 million Americans receive assistance from The Salvation Army each year through the broadest array of social services that range from providing food for the hungry, relief for disaster victims, assistance for the disabled, outreach to the elderly and ill, clothing and shelter to the homeless and opportunities for underprivileged children. 82 cents of every dollar The Salvation Army spends is used to support those services in 5,000 communities nationwide. For more information, go to www.salvationarmyalm.org.