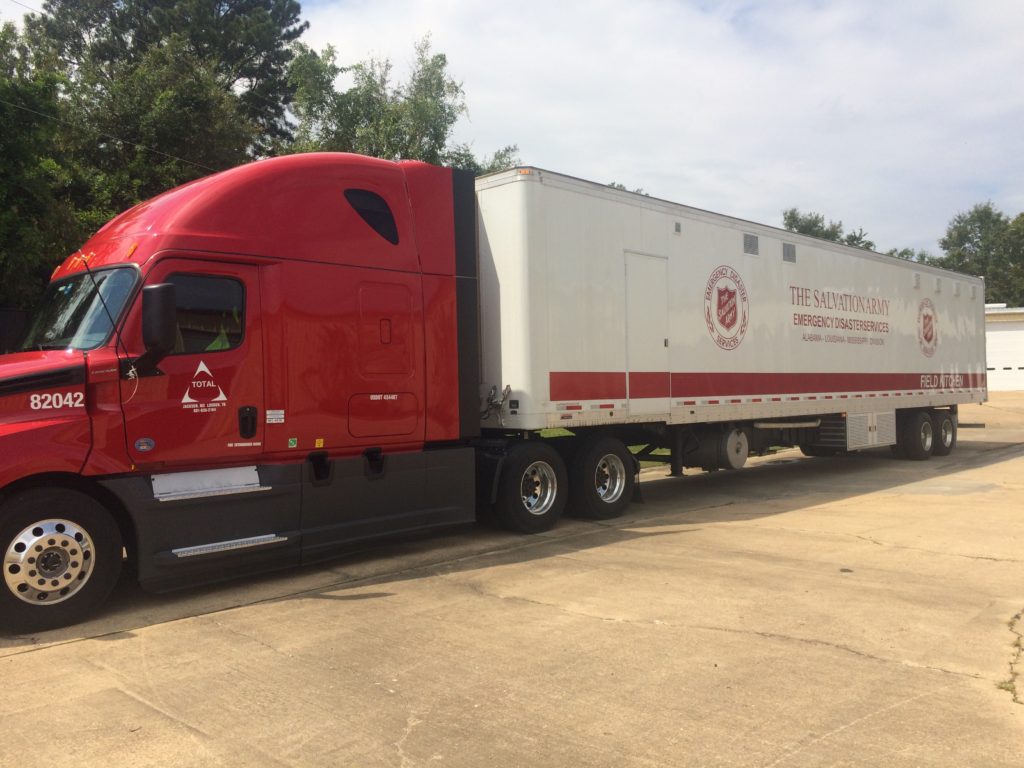 JACKSON, MS – When helping thousands in need following two major hurricanes, it is vital to have the support of community organizations and local businesses inside and outside the impacted area.

“Even as large as The Salvation Army is with its many officers, staff and volunteers, no one organization can do the job alone,” said Terry Lightheart, Director of Emergency Disaster Services for the Alabama, Louisiana, Mississippi Division

The Florida Division of The Salvation Army made a request to the ALM Division for a 53′ field kitchen which can provide up to 10,000 meals during disaster relief operations. With so many Salvation Army assets deployed in Texas and Florida, the ALM Division found itself short on drivers and trucks to haul the needed resource. After a few phone calls, a local trucking company, Total Transportation, willingly filled the need.

“The Salvation Army has been blessed with so many partnerships before and during Harvey and Irma,” said Lightheart. “This company really stepped up when we needed them so we want to make sure we highlight their efforts.”

Total Transportation provided the driver and truck to haul the trailer.

“During times of disaster, the Salvation Army is a guiding light to many people’s lives and Total Transportation of MS along with the trucking industry will be there to ensure those needs are met,” said Stomps.

Total’s driver delivering the field kitchen is Thomas Crysler who is a Florida native.