TJ Lackey, a former shelter resident who arrived with drug addiction problems, is now sober, married, has started a family, and is working over maintenance for The Salvation Army of the Shoals.

Lackey is from Cullman, Alabama. He lived with his grandparents and was raised in the church. Although his grandparents loved him dearly and did everything they could to prevent him from straying onto a dangerous path, Lackey fell into drug usage at an early age. He had been using methamphetamine for 15 years before coming to the Army. Lackey came to Florence for a weekend trip a few years ago to visit a friend, ended up moving in with that friend, who was also a meth addict, and fell into a slump. Lackey and the friend were eventually evicted from their home with nowhere to go, so they decided to turn to The Salvation Army. Lackey got clean and sober while staying at The Salvation Army and met his wife while recovering. She became pregnant, which motivated him, even more, to make sure not to return to his addiction.

“I decided to grow up. I got two jobs and stayed clean. I’ve been clean ever since I’ve joined the Army,” said Lackey.

Lackey has been sober for over three years.

“You give and you get back. God is treating me good and life’s good and I love it.”

Shortly after coming to the shelter, he started attending church at the Army and became more involved, including volunteering to ring the bell during kettle season. He now has a fulltime job in maintenance at The Salvation Army, allowing him to keep up with his financial obligations.

“Thank the Lord for The Salvation Army and everything He’s done to change my life. I’m happy to do my chores when I wake up. It has given me a chance to save money to get a place and other things that I need. I’m never late on the rent, and I pay my utility bills at least three weeks ahead. I like being ahead. God is good to me,” Lackey shared.

“Although I strayed, I’m back. I wasted so much of my life. I guess I just got so lost in my addiction that I didn’t think about my future and kept self-destructing. I’m doing well now. I’ve stayed out of trouble, I don’t associate with any enablers, and I’m enjoying getting closer to God. You give and you get back. God is treating me good and life’s good and I love it,” Lackey added.

“Thank God and The Salvation Army.”

The Salvation Army of the Shoals has a church service on Wednesday evenings. Church members and shelter residents have dinner together afterward. That’s usually the time Lackey would see a Salvation Army officer in uniform.

When I first caught a glimpse of somebody in uniform, I realized I didn’t truly understand what The Salvation Army was about. I was like, ‘Who’s that? What? A Captain?’ The uniforms intrigued me. I didn’t see them much as a resident in the rehabilitation program, but they were at church to bring the message on Wednesday nights. I felt the presence of the Lord with their message and how loving this whole organization is. I’m just so thankful that I came here, and I’m still here. I’m still a part of the church family, too,” Lackey stated.

“I love the mission here at the Army. I’ve still got a long way to go, but I’ve come so far. I pray every day that the Lord helps me to stay strong. I stay busy doing my work, studying the Bible, and volunteering. Thank God and The Salvation Army for being good to me. I’m thankful to be a part of a team that does good for others,” Lackey added. 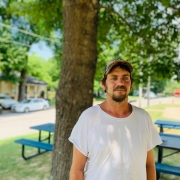 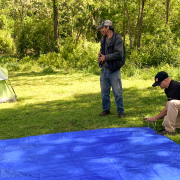 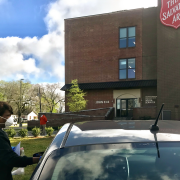 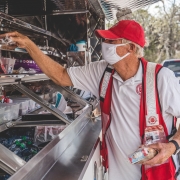 Bikes Donated To Aid Shelter Residents in Transporting to and From Job Inte...
Scroll to top