Immediately following high school graduation, Major Karen traveled to Atlanta to stay with her oldest sister. “She invited me down, and she got moved to The School for Officer’s Training or the EBC now, and I got a job, and I decided I wanted to stay in Atlanta,” said Major Karen. A career in ministry was not on her radar, until one day a young cadet from Texas, soon to be commissioned as a Pastor, showed up in her office. “I was not heading in that direction. I didn’t want anything to do with organized religion; I guess I was kind of in my rebellious years, but the Lord had Robert show up in my office one day, and from then on, it was just history.”

Major Karen and her husband, Major Robert Lyle, have raised two sons during their more than three decades of marriage and ministry with The Salvation Army. “Together we raised our family and did ministry at the same time. Our children were as much a part of ministry as Robert and I were,” she said. Being a part of ministry has taken her family to ten appointments throughout the United States. “In our first appointment, we wore many hats. I was the bookkeeper, I was the social worker, and Robert was the van driver, the janitor,” said Lyle.

It was during the family’s first appointment in Eden, North Carolina, that Major Karen discovered her passion for social services. “A lot of our work was social services, because it was a very small community, with a cotton mill in town, and very poor.”    The Salvation Army was instrumental in providing food, rent, and utility assistance to the people of Eden, helping them get them back on their feet.

Major Karen recalls her families Baltimore appointment during the protests of 2015, following the death of Freddie Gray. The Salvation Army dispatched canteens to the streets to help feed and hydrate first responders and provided emotional and spiritual care amid the discourse. “That’s when I feel the Army is at its best. When we are out there helping people in need and getting them back to normalcy.”

In her latest appointment, Major Karen serves as Area Commander and Corps Officer, in Birmingham, Alabama. Serving alongside her husband, Major Karen says she has been called into her own Ministry and uses her spiritual gifts to make a lasting impact on the people she meets daily. As Area Commander, Major Karen’s leadership supports and guides the annual Angel Tree program, that provides Christmas gifts to children and families in need. She also leads The Women’s Auxiliary, a fundraising and volunteer group, that plays a key role in supporting the Area Command.

In March of this year, Major Karen began pouring her heart and God-given talents into the re-opening of the Bessemer Corps. During several days of the inaugural revival services, Major Karen led attendees in prayers of redemption and salvation. She also used her musical gifts, leading praise services, singing, and accompanying other artists by playing musical selections on the keyboard.

Major Karen believes in the Mission of The Army, and Word of God. She relies on her favorite scripture, one that speaks to who God calls her to be-Colossians 1:27: “To them God has chosen to make known among the Gentiles the glorious riches of this mystery, which is Christ in you, the hope of glory.

While her husband’s calling is evangelism, Major Karen says her role is “Discipleship.”  “He gets them, the Lord saves them and cleans them up, and I disciple them. Our job is to disciple folks so they can go out in the areas that they live, and make disciples,” said Lyle.

For Major Karen Lyle, “faith and family,” are at the center of her heart. She is proud of the great men of God she and her husband have raised, and her eyes twinkle when she talks about the anointing and “handprint of God,” that covers her four young grandchildren. “We instilled in them when they were young, our boys and our grandkids, that we’re here to have a role in the Kingdom of God. God wants to lead us to the great things in this age and in this time,” said Lyle.

“To them God has chosen to make known among the Gentiles the glorious riches of this mystery, which is Christ in you, the hope of glory.”-Colossians 1:27 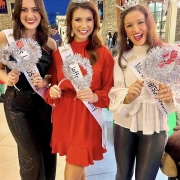 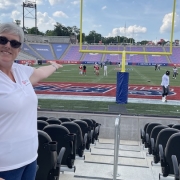 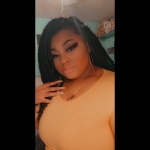 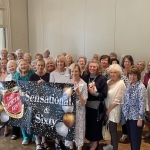