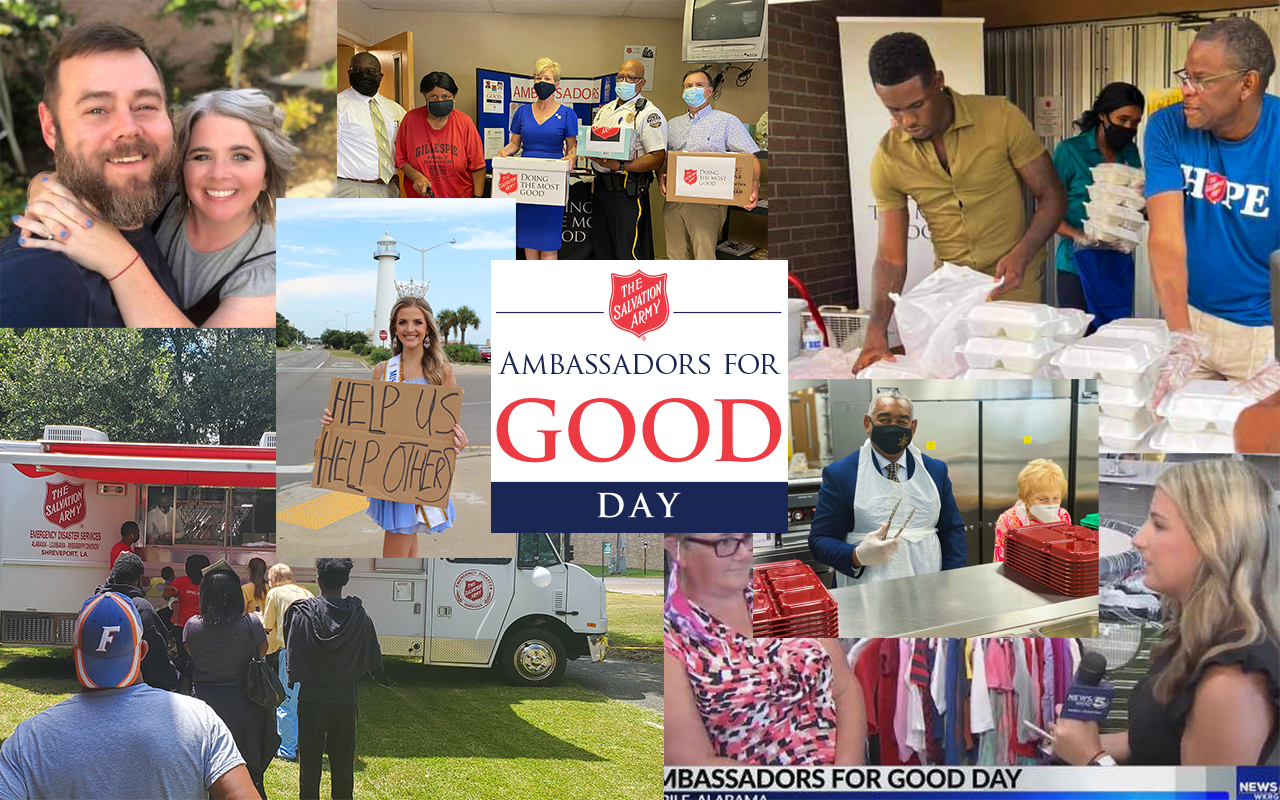 Our first annual Ambassadors for Good Day on Tuesday, August 10, was a success! Thank you so much to all of our incredible Ambassadors and participants. Ambassadors for Good Day is a one-day event designed to educate and engage the public regarding the work of The Salvation Army locally throughout the Alabama, Louisiana, Mississippi Division. Participating Salvation Army locations throughout the tri-state area teamed up with local celebrity ambassadors to educate and inspire the public by showing them what we do and how to get involved. Below are a few highlights from this year’s event.

Shreveport Mayor Adrian Perkins and former NBA player Stromile Swift served as Ambassadors and served up hot dogs, chips, and water to shelter residents from a canteen on shelter grounds. They also provided a snow cone truck for a fun summer treat.

President of Mississippi University for Women Nora Miller, Police Chief Frederick Shelton, and Advisory Board Chairman Todd Davis served as local Ambassadors and distributed food and gift boxes to the community. The event highlighted the partnership with the local Walmart, which donates fresh meat and produce to the food pantry along with non-perishable food items.

Winner of The Voice Season 18 Todd Tilghman, and his wife, Brooke Tilghman, also served as local Ambassadors. The Tilghmans have also co-authored a book together, Every Little Win. They created a video testimonial to show their support for The Salvation Army.

Miss Mississippi Volunteer, Rachel Shumaker, and our very own Planned Giving Director and gospel quartet singer, Buddy Graves, served as local Ambassadors. The event featured a Salvation Army canteen providing water and a large banner describing the event, which took place at a mock homeless camp to raise awareness that “need has no season.”

If you would like to volunteer or support the work of The Salvation Army, please find your local Salvation Army here to inquire about opportunities near you.