Glynn Smith entered the Army out of high school. The Meridian, Mississippi native got out of the service in 2000, but found himself without a place to stay. For a time, he was living in an abandoned house without any way to seek out a better life. But on August 16th of this year, The Salvation Army of Meridian reopened their men’s shelter, giving men like Glynn Smith a safe, clean place to stay. It also gave him a chance to find a better life. 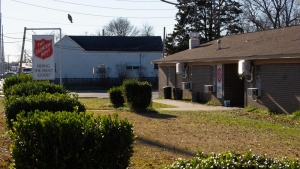 “If it weren’t for The Salvation Army, I would still be living on the street,” says Smith. But when he came to stay at the shelter, Smith found the opportunity to get into a place of his own. “When he came here, we have beds set aside for veterans, so we allowed him to stay in one of those beds,” says Lt. Tamara Robb of The Salvation Army of Meridian. “When the men stay in our shelter, they have a meeting with our case manager, Stacy Brown, so she knew he had applied for housing. But she was able to help show them he was a veteran, and he was able to get a place to stay within a week of being here,” Lt. Robb says. 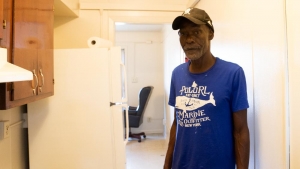 Smith was able to afford his new place, and to maintain a budget that Brown helped him create, using his veterans’ benefits. It was one of the ways that The Salvation Army can help those in need find a path away from chronic homelessness. That commitment to veterans, who make up 8% of the homeless population in the United States, is a vital part of The Salvation Army mission.

Today he is thankful for his new place and has made a commitment to give back to the people who have helped him find stability in his life again. When he was staying in the shelter, Smith was known to help out wherever he could. Residents in the shelter have responsibilities as a part of their community, but Smith’s efforts exceeded that routine. “I told her, anything you need me to do around here I’ll do,” Smith says. It was a demonstration of his desire to take care of the place where he was staying, and his continued desire to stay involved with The Salvation Army.

A Grand Opening
Scroll to top