When Hurricane Ida made landfall on Sunday, August 29, the powerful storm resulted in damage and destruction throughout southern Louisiana and beyond. For one Salvation Army employee, her passion and heart to meet the needs of others means serving in her very own neighborhood and city.

Angela Brown is from Gray, Louisiana, and is The Salvation Army Service Center Manager in Houma, LA. “Just like many of my neighbors, my home was damaged by the storm,” said Angela. “My ceiling collapsed, and I’ve had water leaking in my home, and there’ll be even more today since it’s raining. Down my street was total devastation. We had several trees fall, and power lines are down. It was bad.”

Despite the damage to her own home, Angela and her daughter have spent the week volunteering. They’ve worked alongside Salvation Army mobile kitchen crews from Texas, providing meals, water, and encouragement to her neighbors in Gray, Houma, and surrounding communities. She has served as a liaison within her community, making connections that have enabled The Salvation Army Emergency Disaster Services team to provide swift and effective assistance in the most impacted locations.

Angela spent Sunday afternoon working with volunteers from Lubbock, Texas, stationed at a gas station in her home city of Gray. “A steady line of cars drove through to receive a hot meal. It appeared that Angela knew almost everyone in line,” said Philip Burn, Public Information Officer for the Texas Incident Management Team. “It was wonderful to see her greeting friends, responding with a smile and a word of encouragement, as she delivered the meals and water.”

“I’m out here helping because that’s my passion, to help people. I ride around town, and I see some of these people, and they have nothing,” said Angela. “What I have lost I can get back. But some of these people have houses that have literally fallen to the ground, so I want to help them recover in any way I possibly can. And if today that help is in the form of a hot meal, I’m happy that I can represent The Salvation Army in this community and be a helping hand to them.”

Angela’s home city and much of the surrounding area continue to be without power since Hurricane Ida moved through the area little more than a week ago. It could be several weeks before electricity is restored. Many residents are facing an uncertain future with damaged houses and no answers in sight.

“The people in our community need our help,” said Angela. “We need donations and volunteers. Now is the time for us to come together, stand together, and begin to rebuild.”

To make a financial donation to support ongoing Hurricane Ida relief efforts, go to helpsalvationarmy.org or call 1-800-SAL-ARMY. For the latest disaster response information, go to www.disaster.salvationarmyusa.org and watch for regular updates on our social media pages at www.facebook.com/salarmyalm/ and www.twitter.com/salarmyalm. 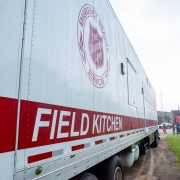 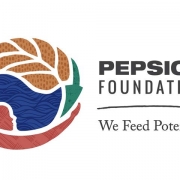 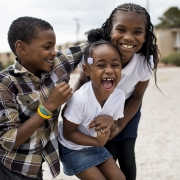 On the Road to Victory: New Orleans Mother of Six Finds Home Amid COVID-19 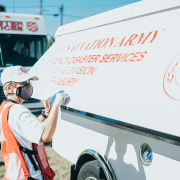 Salvation Army Units From Across the Southeast Responding to Hurricane Ida