The Salvation Army of Columbus has provided utility and food assistance throughout their community amid the COVID-19 pandemic. Many families have leaned on the Army for assistance during this time due to job loss and health issues leading to unexpected financial responsibilities. Here are just a few of the many testimonials of Columbus residents.

A family of four visited the Social Services office for assistance with their electric bill. The father, the sole provider for the family, had just received a text message from his employer stating that his services were no longer needed.  He’d held this position for four years and didn’t receive an explanation for losing his job.  His unemployment application had been on hold for months due to the pandemic, leaving him and his family in dire need of financial assistance. The Salvation Army was able to fully pay the families’ utility bill through the CARES Act. Food from the pantry and diapers that were donated via the Walmart Salvation Army Registry were also provided.

A mother of two contacted the Columbus Corps concerning her need for utility assistance. She worked full time for a factory and was laid off amid the COVID-19 pandemic.  She’d never asked for assistance prior to the pandemic and hadn’t anticipated needing it.  She’d been relying on her weekly $235.00 unemployment check for a while, barely getting by. When the government increased the allowance to $600 she thought things would turn around for her family, but she quickly lost control of her expenses after that allowance was reduced again. Between household upkeep, bills, and food she just could not keep up. The Salvation Army was able to provide groceries for the family as well as cover their utility bills through assistance from the CARES Act.

An elderly woman visited the Columbus Corps Social Services office for assistance with her electric bill.  She’d recently moved into a new apartment and could not afford the rent due to her fixed income. She’d originally planned to split rent payments with her daughter but was abandoned with the burden when her daughter made arrangements to get a place of her own. She only receives $613.00 per month in Social Security and the rent is $400. She had nowhere else to go. This apartment was the cheapest she could find in her area.  The Salvation Army was able to assist with her utility bills with funds provided by The Emergency Food and Shelter Program and provided her with food from the pantry.

For more information on how The Salvation Army is assisting the Columbus, Mississippi Community, visit https://salvationarmyalm.org/columbus/. 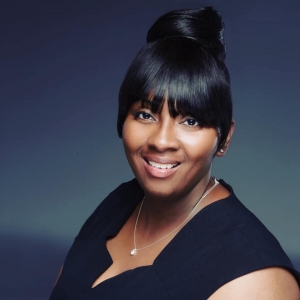 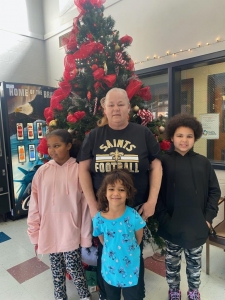 The Salvation Army of Shreveport has provided a second chance for a homeless woman and her three granddaughters. They turned to live in a graveyard when faced with homelessness at the start of the COVID-19 pandemic. They now live at The Salvation Army Merkle Center of Hope, where they’ve celebrated Christmas and are being assisted in building a safe, independent lifestyle.

Twyla was living in Arizona when her daughters contacted her, saying that they could no longer care for their children and wanted her to take custody. She quickly made arrangements to move to Shreveport, Louisiana, to care for her three grandchildren.

“Their mamas weren’t acting right. They told me I better come get them, or they’re gonna just walk out,” Twyla shared.

Twyla immediately filed for full custody of her three grandchildren, ages nine, eight, and five, when she arrived in Shreveport. She was told that she could stay in one of her daughter’s homes to care for the children, and her daughter would move in with a boyfriend. After getting settled, Twyla’s daughter changed her mind and stated that she and the boyfriend would be living in the house, so Twyla and the children would have to find elsewhere to live.

The family ended up sleeping in the woods and abandoned houses, but Twyla couldn’t find comfort in those situations.

“I have no family here [ in Shreveport] except two daughters who are only about drugs and thugs. We had no place to go, so I started thinking about the safest places for us to live,” Twyla shared.

“I thought to stay in a graveyard because we’d slept in abandoned houses with no windows, mostly in bad areas. I didn’t get any rest. I’d sit up because I was scared. One time we slept in the woods, and it was the same thing because there are so many drug addicts and alcoholics out here roaming all night, hunting people to prey on. I knew this graveyard was over here, and I thought, ‘You know, most people are scared to walk through a graveyard at nighttime.’ That’s where we went, and that’s where we felt the safest. We never saw anybody except the groundskeeper and we didn’t let him know we were staying there. We left in the daytime with our backpacks and came back at night. Most of the time, we’d go to the gas station across the street and just sit on the curb at the side of the building,” Twyla added. 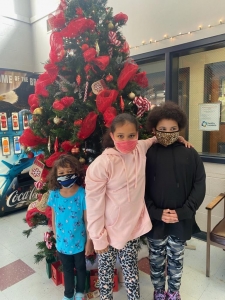 Twyla used her food stamps and to grab food from the gas station. She added herself to the waiting list for a suite for her and the girls at The Salvation Army. When she received the call that there was a vacancy, she immediately headed over to secure her space.

“It was hard, but my grandbabies are my life. I have to speak for them. I don’t want my babies in the system. Once they get in the system, it’s hard to get them back. I live for them. I’m going to take care of them until I have my last breath. Regardless of what I have to do,” Twyla stated.

Twyla and her grandchildren have been living in transitional housing since March 2019. She’s working with Hope Connection to set up permanent housing. Everything is in place but moving slowly since COVID-19 cases are increasing.

“As long as my babies have a warm bed and aren’t relying on gas station food, I have all of the time in the world to wait. We do not lack anything here,” Twyla stated.

“If it wasn’t for The Salvation Army, I really couldn’t tell you where we’d be. This place has really blessed us. This place is a blessing. People need to keep doing what they’re doing. Keep donating. If you’ve never been homeless or walked in my shoes, then you don’t really know what it’s about,” Twyla added.