The Salvation Army is a place where people find hope. For some people, it is the second chance they need to change their lives for the better. Larry Hamilton experienced great success at a young age but his life soon became shackled by addiction and eventually homelessness. With time to make the changes he needed, Larry became an example of the success that a person can find through the mission of The Salvation Army. 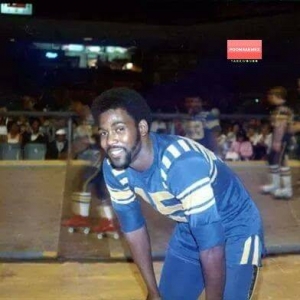 Larry’s life moved quickly in his younger days. It was a life on wheels, traveling from city to city on the Roller Derby circuit. Larry was originally from Los Angeles, California, and grew up in a happy home. “Coming up I had a very happy family. I was brought up with my mother, father, sister, and brother. We were active in church, also Cub Scouts and the YMCA. My mother kept me busy,” says Larry. It was an active childhood that led him into professional athletics, traveling for a number of years on the circuit.

Larry had always been close to his family. His father passed away after complications from heart surgery while Larry was still a teenager, but he found comfort with his mother, brother, and sister. When his success in roller derby allowed Larry to purchase his own home at the age of 19, his older brother moved in with him. Unfortunately, tragedy soon struck again. “My brother had just bought a motorcycle. And one day I came home, and my neighbors told me that my brother had just been killed in a motorcycle accident,” Larry says.

His understandable grief started him on a hard road. “I started doing a little drinking. And then, about 5 years later, my mother passed away. And that is what really hit me. Then about 4 years later, my sister passed away,” says Larry. Without his family, he moved from Los Angeles to Louisiana to work as a chef. But his substance addictions cost him his job, and he eventually found himself homeless. With nowhere else to turn, he found his way to The Salvation Army shelter in Shreveport, Louisiana. 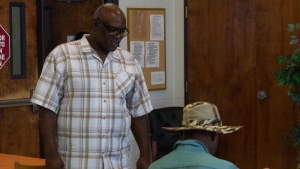 There were some false starts and some struggles. He left for a time, still struggling with addiction, and eventually returned. “I told them that if they allowed me to come back, they would not have a problem with me. So, they give me a chance and I came back, went through the programs they had to offer. I volunteered, had a lot of counseling sessions with the Corps Officer. Eventually, I started working through the issues that I had,” says Larry.

It was a change that stuck with him, and it led to a life that was finally free of addictions. Today he is semi-retired but still speaks to the men in the shelter about the hope and change that he found at The Salvation Army. He shares his story with others, helping them find their own road to a new life. “I have 10 years of sobriety, thanks to The Salvation Army. I learned that I have to give back what was given to me. It’s just being clean and sober, life goes on. But how I deal with it all…with hope, I try to share that with others.”

On August 16, 2019, the men’s shelter at The Salvation Army of Meridian, Mississippi, returned to operation after a four-month hiatus that was due to a severe staffing shortage. In the intervening time, the vacant facility fell into disrepair. Lt. Tamara Robb, the newly appointed Meridian Salvation Army Corps Officer, took over in June and immediately made it a top priority to get the shelter back up and running. “I had a man come to our door, sunburned and bitten by mosquitoes, who needed a place to stay. I knew with the summer being so hot that we had to get the shelter back open as quickly as possible,” says Lt. Robb.

It’s fair to say that while most people know homelessness exists, few see what it looks like on a daily basis. The Salvation Army works diligently every day to address the problems of homelessness and generational poverty by providing a new direction for people who have lost their way in life. Once again in Meridian, those with nowhere to go have a safe place to turn and the help of people who truly care.

Lt. Robb and her small staff have been working hard over the summer to get the shelter back up and running.

With the help of “Love out Loud,” a cooperative ministry with the Baptist church, they began the process of clearing out overgrown landscaping, cleaning, and making small repairs. With the help of generous donations from the public and Habitat for Humanity, the shelter was made ready to serve those in need. It is that service that Lt. Robb is most eager to get back to.

“We’re excited to reopen and to give these men a clean and safe place to stay,” says Lt. Robb. “Our goal is not just to give them a place to sleep and a meal, it is to feed them spiritually as well, and to help them find permanent housing,” she says. With the support of the public, The Salvation Army can continue to provide a meal, a clean place to sleep, and the opportunity these men need to make a lasting and positive change in their life. 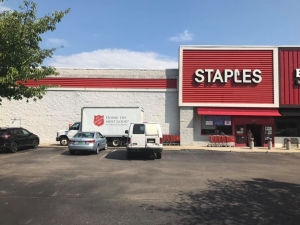 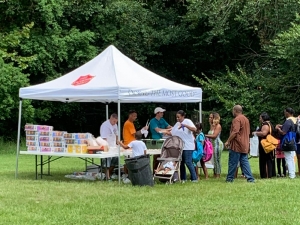 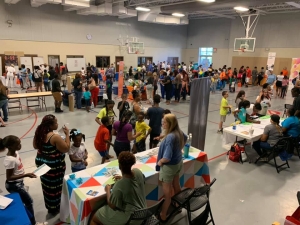 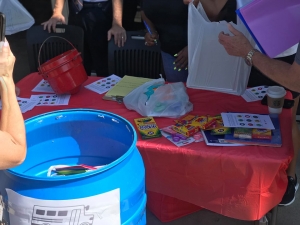